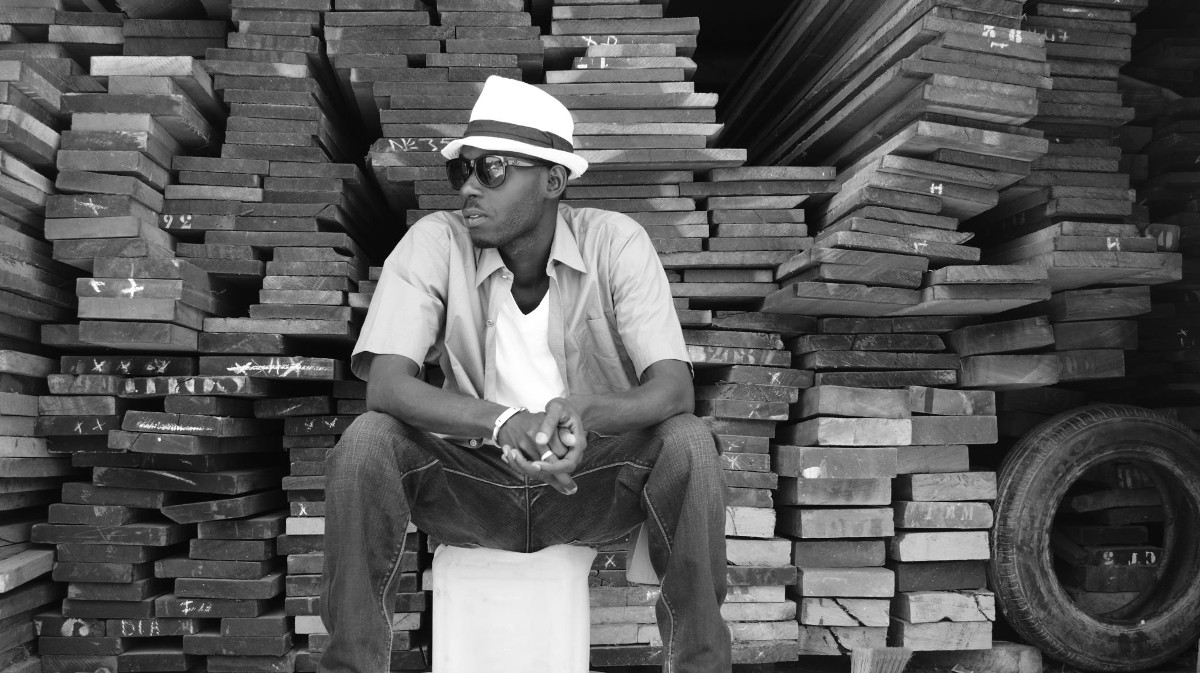 BIO
Birane Wane, better known as One Pac (One Person from Another Country), is a native of Saint- Louis, Senegal, one of the most cosmopolitan cities in Western Africa. Saint-Louis was declared heritage of UNESCO since 2000. Auther and interpret of his songs, One Pac holds a Master degree in African Literature and Civilization at Cheikh Anta Diop University of Dakar. Passionate of language and literature, he became interested in rap in 1997 when he was at high school.

With his first group “SopaixFra” he starts in his first songs by denouncing the injustice he witnessed at that period. In 2004, he joined the collective of students and rappers “Hip Hop Campus” at Cheikh Anta Diop University of Dakar and published his first single entitled «What’s my name?», which was a great success.

In 2007, he became a revelation in the Hip Hop movement in Senegal. He joined the crew KADDU GUNZ and they released their album “Identity” on April 2011, what make him official in the Senegalese music market.

Well known by his capacity of analysis, One Pac always disclose alerting and conscious messages for his population. In 2011, he joined the movement Y’en a Marre, a group of influent rappers and journalists representing forces of opposition in Senegal. In 2013, he succeeds to create a mix of Rap, Soul, Jazz with some traditional African music and this is how the project HIP HOP SOUL JAZZ was born.

One Pac has developed a new concept of music in Senegal called “Hip Hop Soul Jazz”, where he shows that Hip Hop comes from the evolution of Jazz, Gospel, Soul and Blues… representing both African and Black culture in general. HIP HOP SOUL JAZZ is a long term project. The first album, with eleven tracks, is titled HIP HOP SOUL JAZZ THE PROJECT, released on May, 26 2014, in collaboration with the label Bois Sakré of the Senegalese international group DAARA J FAMILY (Faada Freddy and Ndongo D).

After releasing HIP HOP SOUL JAZZ THE PROJECT, he begins a new stage in his musical career playing with a band of musicians (The Hip Hop Soul Jazz Band). One Pac performs in the most representative scenes of music in St. Louis (the French Institute, Flamingo, the Jazz Festival of Saint Louis), Dakar (Just for U, Must, Villacrystal) and many other places throughout Senegal

In 2015, “Hip Hop Soul the Project” has been classified among the five Best Hip Hop Albums in Senegal by Rewmi FM HIP HOP AWARDS (Bagne Lal Production and the group Promo Consulting) sponsored by the Senegalease Ministry of Culture. His participation to the concert of Youssou Ndour with the program “Vacances Citoyennes” lead by the Ministry of youth on 15 August 2015 in Saint Louis has strengthened his status as an official artist. One Pac is currently looking for an international producer for his next Album HIP HOP SOUL JAZZ VOLUME I and aims to propel his musical style throughout the world.

Skip back to main navigation