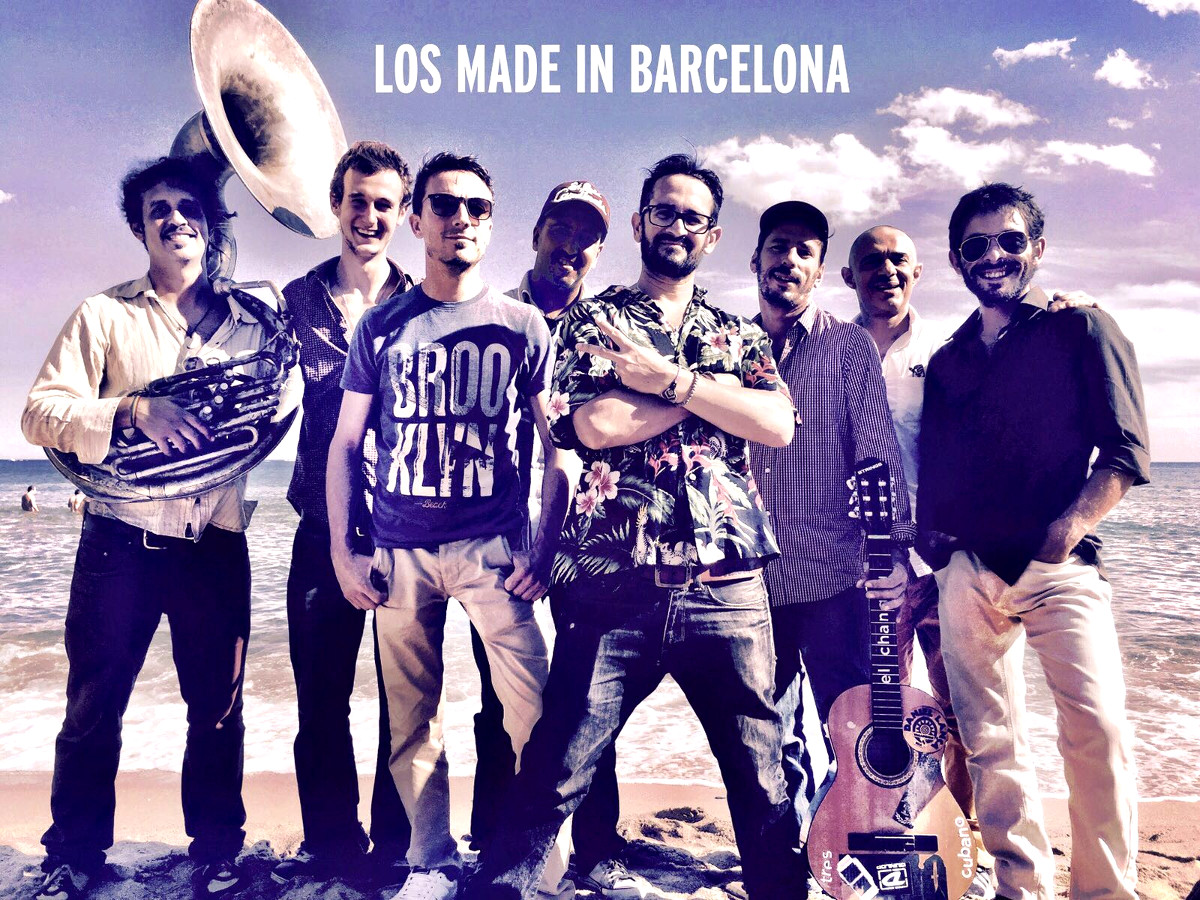 Los Made in Barcelona is a group of artists from Cuba, France, Argentina, Spain and Mexico placed in Bcn with flavors of Son Cubano, Cumbia and Reggae to create exceptionally fun with a original, explosive and refreshing show to get a involved public in their songs, rhythms and dances. Acoustic, Full Band and Dj Set.

This band could not have been born elsewhere that were not in Barcelona. Since creativity and love for shared music by a group of artists of different nationalities such as Cuba, France, Argentina, Spain and Mexico, Made in Barcelona agreed musically and decided to come together and share their music and their histrionic skills to create a original and explosive musical show.

With flavors of Son Cubano, Cumbia and Reggae, Los Made in Barcelona shake their shakers to offer an exceptionally fun and refreshing show, which the public participates inevitably in their songs, rhythms and dances.