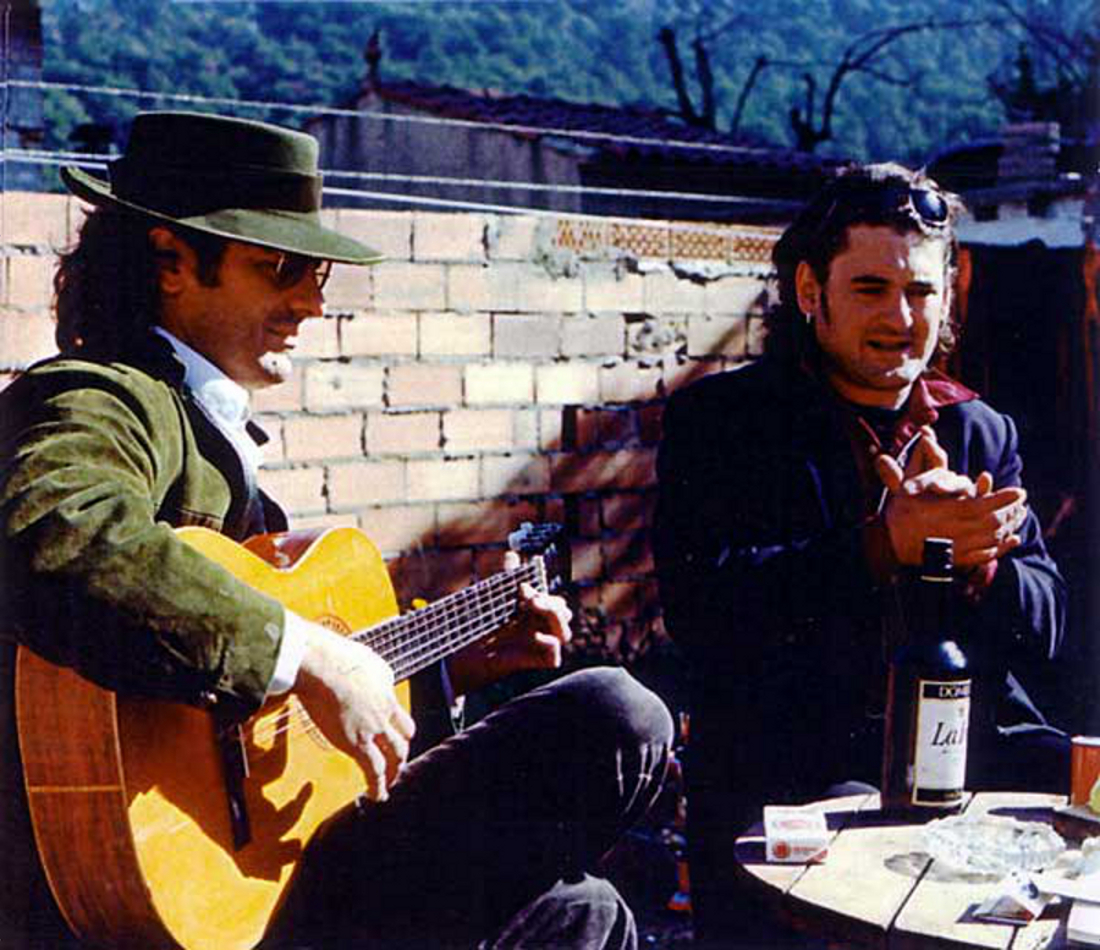 Los Finos was formed in the spring of 95 in Barcelona by Juano Montero and Pepe Gómez. The Kings of Achilipunk-Blues. They are Juano Montero from other skull, Dúo Calavera, El Legado, Los Guarriors, Cancerberos, Anacondos, The All Secs, The Lost Links, … (vocals, guitar, music and lyrics) and Pepe Gómez related to Alius, Rufa Reflex Quartet, Pepe Gómez Blues Band, Radio One and Los Crazy Blues, … (guitar, vocals, arrangements and solos). They have an explosive mixture of rock & blues and flamenco, with acidic and ironic lyrics that touch the everyday reality. Los Finos are a party non stop everywhere.

They invent «Achilipunk-Blues» concept: an explosive mixture of rock & blues and flamenco, with acidic and ironic lyrics that touch the everyday reality. The ease and joy of these people, along with their professionalism and quality as musicians, make their concerts are a feast that drunk the wider public.

Among his most important concerts include its participation in the Doctor Music Festival ’97, Festa de la Diversitat of SOS Racisme’98 (Barcelona), Festival Ajo Rock’98 (Zamora) and tours in Andalucía, Madrid, Zaragoza .. .

His major influences ranging from Iggy Pop, Stooges, Hendrix, to Miles Davis or Paco de Lucia and Fandangos of Alonso. The band is presented which shapes their first album «Pa los niños» and their first videoclip «Viernes».